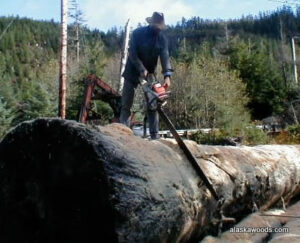 Several years ago, one of our very appreciated customers – Greg Maxwell of Dogwood Guitars — called to order Master Grade Sitka spruce tops for his guitars.

In the discussion, I asked him about his expectations for Master Grade. His answer was pretty much what one would expect — “You know, perfectly quartered, stiff as glass, a board with even color and fine grain texture, no apparent runout and strong medullary rays.”
Since Greg had just finished attending a tonal evaluation and rating class, the conversation turned from aesthetic attributes to more physical attributes. We then spoke of density and stiffness in regards to guitar soundboards.

I told Greg that I had exactly what he was looking for to achieve his desired TONE and response, but it didn’t meet the “normal” grade criteria of Master Grade looks. In fact, by looks, the boards would have been graded an AA.

Greg ordered both — the normal Master Grade (though no Master Grade is normal as they are rarely produced from thousands of total guitar tops) and a couple of the light density tops from the particular log. To be continued…

Let me tell you a story about this particular log.

In ASW’s earlier years, and for a total of 14 years, we produced wholesale Sitka spruce tonewood blocks to supply another guitar soundboard producer. We were paid on cut out/recovery and what they could sell. The target criteria was a certain range of growth ring count; little to no color variation; no bear claw; straight grain without irregular ring spacing; and creamy white was always preferred.

In 1999, we purchased a pile of 80-feet long bridge stringers, comprising about 12 logs, from Sealaska Timber Corporation. It was a log bridge built to cross a creek in 1983-84, for part of a newly-constructed logging road. Large Sitka spruce trees from the vicinity were used, and an 80-feet butt cut from each tree was used to build the bridge. However, in 1997-98, a steel modular bridge replaced the log bridge. Later, we cut all but one log into Sitka spruce tonewood blocks and exported it to the guitar soundboard producer.

So back to our special log, this one log had wider grain than what was the normal target, and it had color and “Bearflaw” (the occasional scattered Bearclaw jiggle).

We started producing bass fronts from this log. And from the offcuts that were under 4’ long and 16’ wide, we produced some Ultra Light Sitka Spruce guitar tops.

I noticed how lightweight they were compared to most Sitka spruce.

The story continues with Greg and his order. He received the box of boards and happily stated “The, “not as pretty” lightweight guitar tops from the Black Bear CK bridge stringer I had sent him was exactly what he was looking for, in a soundboard for his instruments. He purchased more of the same. And we gave these boards a name Black Bear New Ultra Lights sorts. And the tops were consistent in their tonal and physical properties but not in looks, color, or texture since those criteria varied by quadrant and the length of the log.

The Ultra Light sort was created from that one log.

Fast forward to 2015, we purchased a log float from a guy at Port Protection, at the north end of Prince Of Wales Island. The float had a couple of mobile homes on it from logging camp days. The trailer frames had “APC” brands welded on them. Obviously, it was one of Alaska Pulp Corporation Camp floats. It had been purchased by a private party after APC closed its doors in early 1990’s.

The float had been in Port Protection for about 30 years. A couple families lived on it during the years there. But by 2015, it was delinquent and considered trespassing on State tideland waters. It was 70-feet wide & 110 feet long, and made with 16 logs in the water and 3 head sticks, going across the top of the float logs with 1¼ inch galvanized cable lashing.

In 2017, The ASW crew burnt all the trash, dismantled the trailers, cut the float in half lengthwise, and into two 35’ wide floats. We hired a friend with a tug to tow them from Port Protection, out and around Labachure Bay, through the dry pass — a narrow spot that required the float to be cut in two. In the Dry Pass at high tide, there was less than 15’ clearance on each side of the floats. After 60 hours of non-stop tow, the floats were tied up at Viking Lumbers sort yard booming grounds, where we pulled and bucked logs to haulable lengths of 26′ to 40′ logs. 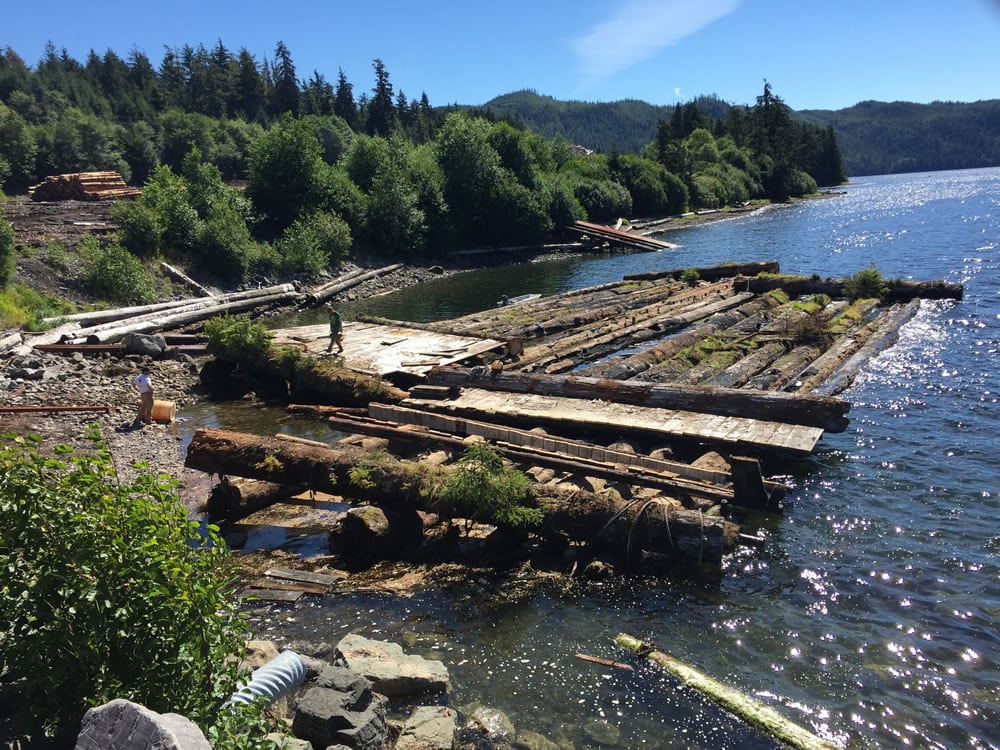 It was then while dismantling the float, we noticed similar texture and density of the log fiber as the Black Bear New Ultra Light log. We ended up with some offcuts and short logs that we blocked out and processed into Sitka spruce soundboard products. 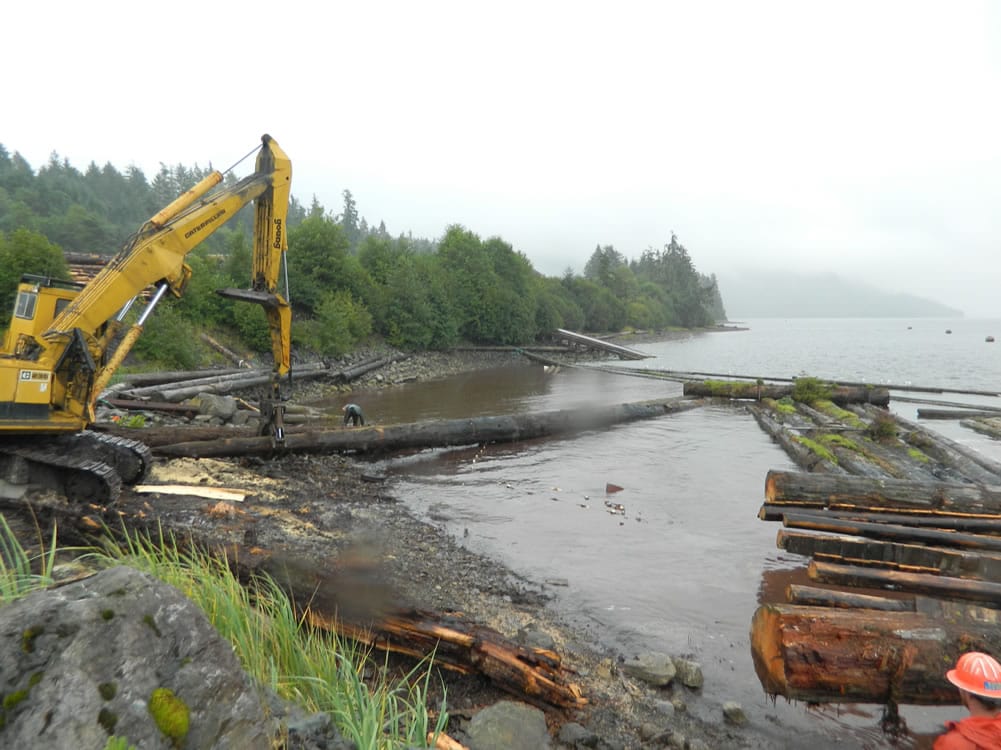 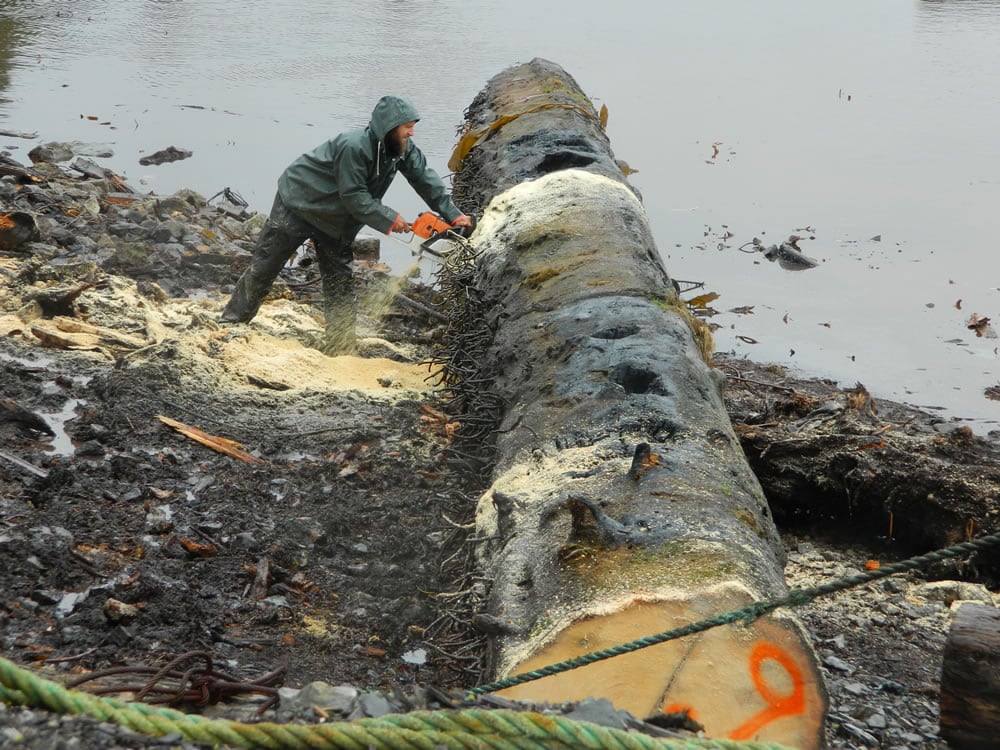 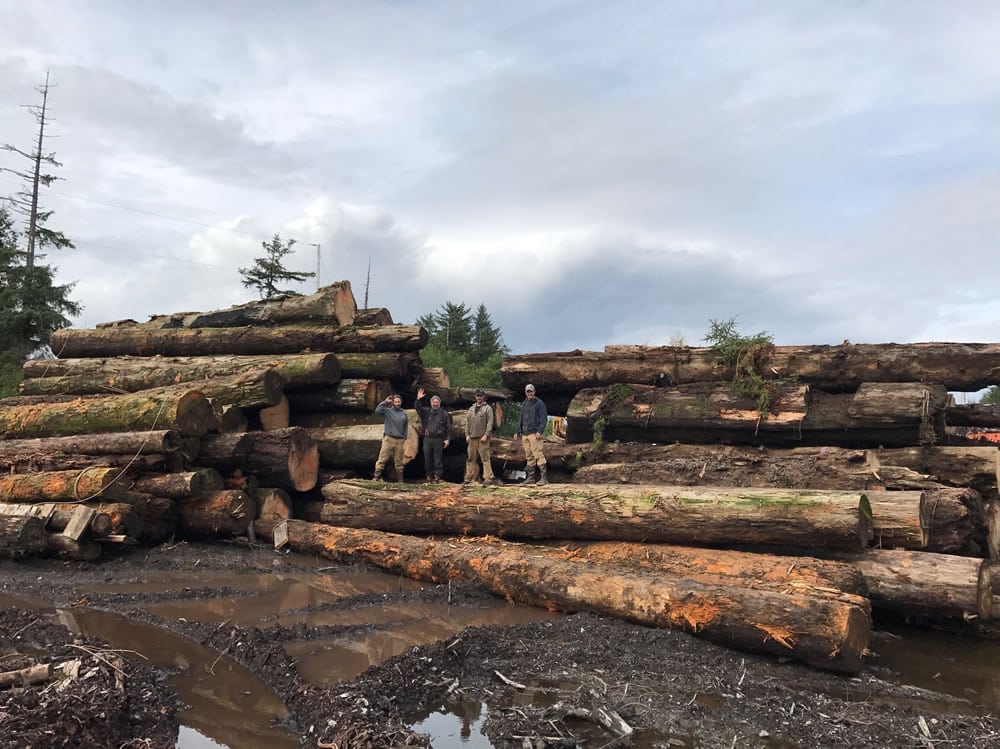 During the past couple of years, we have been producing thousands of guitar tops and other products from some of these logs and others. Tops from a couple of these float logs are of the same type density as those Black Bear CK stringer ultra-light tops. As I sort and grade, I glean those that are especially lightweight. We dimensionalize them all to near the same, and weigh them to know if they make our target ultra-light sort or not.

This sort is rare. There are not many stands of old-growth Sitka left in areas that would produce this type of fiber. All those that stand in protected, low elevation, south-facing slopes bays, and valleys have been clear cut logged over the past 80 years.

And now this newly created ultra-light sort is even better than the original. In that, there is much more “Pretty” and Aesthetic criteria that are used by all other producers and instrument manufacturers/builders

To bring this new ultra-light sort to the market, we are creating another variation to already established grade sorts. We will call the variation “Ultra Light.” The other variation from natural is Torrefied. We can torrefy anything, but this Ultra Light sort is rare. Products we produce from this material can be found on our online store by searching “Ultra Light.”

There will be carved top products and other various sizes of flat top products. And if market requests, we will segregate the ultra-light bracewood.

Regarding the looks and texture, most are quite white for Sitka but some have a very prominent Sitka color hue.

The texture is a bit loose compared to most slow-growing old-growth Sitka. However, some have the texture of the 200+-year-old Norway spruce from many places around Europe where that species grows. And some have a more open texture with growth lines in the extremities of the lower bout area near 1/4″ wide, like much of the red [Adi]spruce these days. But it’s Sitka! Fine South East Alaska Rainforest- Old Growth Sitka Spruce.

To find these products in our store, you can use the search term “Ultra-light” with the hyphen, and you will find variations in our current product sku’s of Non-figured dreadnought size tops in Grades A, AA, AAA and Master. We will add other products as time allows and more of the material is opened up and dissected into product.